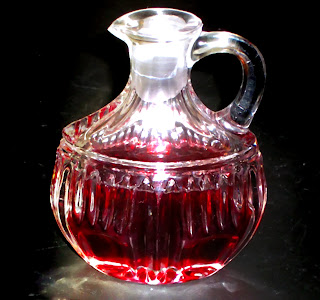 After the debacle inside, I grabbed Allen and ran to the limo as fast as my high heeled shoes would carry me. But I was stopped by The Kapu.

The Kapu (“gate” in Hungarian) is the front gate to our home. This gate remains locked at all times to “guard the fortress,” despite the fact that my family lives in a 1920’s 435 square foot, 1-bedroom house next to a ton of brand-new bi-levels and colonial homes. Coming to and leaving the house has been an issue my whole life because of The Kapu. Mom said it was to protect us from “crazy psycho killers.” The way I see it, crazy psycho serial killers are probably good at three things: psycho killing, gym class, and hoping fences. Why bother?

So as usual, I had to wait for Nagymama to come out with her key to unlock the fence as my entire prom party watched from the parked limousine. I started getting anxious; I was sure that the sight of two young adults in formal-wear getting locked behind a fence by a 4-foot tall woman wearing papucs and a babushka was getting captured on everyone’s camera. As she unlocked the gate, Nagymama made sure to throw a few more criticisms about my appearance my way before we ran to the limo.

We desperately crawled into the car and I prepared myself for the onslaught of teasing. However, I found our prom party rummaging through a mini fridge in the limo and inspecting some sort of liquid in a glass decanter. My date’s friend Anthony whispered, “Yo, I think they have BOOZE on dis bus!”

I was thrilled. Not about the liquor, but about the fact that no one but my date witnesses my entire family chasing me around the back yard with cameras, curling irons, and kapu keys. But my joy quickly subsided when my friend Crystal said, “Whoa, what smells like dirty diapers?”

“We live in New Jersey, EVERYTHING smells like dirty diapers,” I retorted.

Thank goodness, everyone laughed and their attention turned back to the booze, which Anthony was proudly pouring into Dixie Cups. But I knew the truth – it was the letcho! The stench of peppers cooked for ten-thousand years probably covered every single inch of my being, and probably my date’s tux, too. My grandma always tried very hard, but her cooking usually causes mild nausea and the occasional seizures.

Suddenly, the door of the limo opened. Crystal’s date, Keith, started to climb into the car. But the driver spotted Allen drinking the mystery booze, pushed Keith to the side, and started screaming something unintelligible in Russian. He grabbed the cups, poured the contents on Keith’s driveway, grabbed the rest of the Dixie Cups, and brought them to the front of the limo with him.

Keith sat down and we immediately took off. “Uh, what the hell just happened?”

“The driver musta left the booze in the car from the last people and now he’s pissed,” said Anthony.

My date chimed in, “Yeah, but he took away our cups and not the booze, if that makes any damned sense.”

Anthony scoffed. “I don’t need a cup to drink booze, cups are for sissies.”

But he still reached for the decanter of mystery liquid and took a swig. And then the “privacy partition” between us and the driver dropped down. So Keith put used the remote to put it back up. And the driver put it back down.

“I can do dis all day!” the driver yelled.

Great, I thought. My mom’s sent one of her spies from the old country to make sure we don’t have any fun.

Eventually, we made it to our high school for the “Promenade.” Now, I’m not sure if it’s typical for most schools to have this, but my high school had a prom opening ceremony where the staff and parents would decorate the cafeteria with balloons and crepe paper in order to take more embarrassing photos of their awkward teenagers. I figured my mom wouldn’t really understand the custom, so I didn’t invite my family to this event. Besides, I was still reeling from the last time my mom came to my school when she managed to embarrass me in front of everyone watching the football game (I’ll write more on that some other blog).

It was customary for all the prom-goers to enter through the back of building in order to “make an entrance” through The Archway, aka, some hideous sparkly crepe paper explosion some soccer moms glued together. I tried to walk with my Allen, but he already ran ahead to talk to Keith about monster trucks or something. Anthony was busy talking to the other people in the party that I didn’t know. Luckily, I wasn’t alone because Crystal had fallen behind as she struggled to make it through the freshly mopped hallway in her three-inch heels. She rolled her eyes, “Why are they running like they have a class to catch?”

I looked over at her and suddenly remembered that I looked hideous. Crystal was tall, thin, confident. She was reminiscent of Cinderella in her $250 baby blue dress from the local bridal shop. She had French tips put onto her fingers with the tiniest rhinestones decorating the center of each nail. Her long blonde hair on top of her head into a cascade of curls, flowers with a fantastic jeweled comb adorning her tresses like a crown. Compared to her, I looked like I just stepped out of a garbage pile. I couldn’t wait to get to the actual prom where there would be flog machines and dark corners for me to hide in.

As fast as we tried to walk, we couldn’t catch up to the herd of boys. As we rounded the corner, we heard an eruption of laugher come from inside the cafeteria. Apparently, Allen and Keith unknowingly walked through the archway together, and didn’t even notice that people were taking pictures of them as if they were a couple. They just continued their conversation about GTO’s and V8 engines while walking down the isle of confetti, glitter, and tool, unaware of the implications.

Crystal smacked her hand to her head. “Freaking morons.”

“Yeah. Yeah.” For a moment, I was excited because I thought this meant that I didn’t have to walk through The Arch. Oh, I am not that lucky.

The hired photographer started flailing his hands,“No no no no no, where are your dates?”

The boys simultaneously turned around. “Oh.”

Crystal glided up the walkway next to Keith with the grace of Marilyn Monroe. I was next – my date didn’t even want to hold my arm. We walked a few feet and as I was ready to run the other way, the damned photographer had to put his two cents in again.

“Um, honey, can you take off your shoes so you’re not taller than him? Just for the picture.”

I was begging for some higher power to strike him down from above. Lightning. Thunder. Locusts. Even TOADS would have made me happy. But instead, I just gave in and took off my big boat shoes. The photographer rubbed his chin.

“Nope, you’re STILL taller. Can somebody grab me The Chair?”

Oooo, The Chair! Alas, it was not the blessed relief of 2000 volts surging through my body as I had hoped. It was simply some cheap, painted-wood, fake-flowered monstrosity that got passed down the isle. The entire cafeteria watched as I struggled to put my shoes back on without my top falling down. The photographer awkwardly positioned us and snapped a photo.

Again, if I ever find this damned picture, I am BURNING IT.

I was relieved when we finally got back into the limo. After all, how could this story possibly get worse?