Stephanie Yuhas here to give my 2011 recap and 2012 plans for crazy creative capers, including American Goulash, Cinemassacre/Cinevore, Crystalline Studios, and community work. 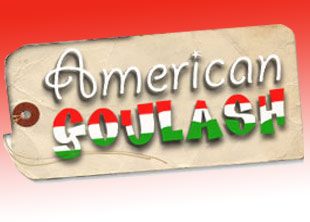 I’m going to be straight with you here – I have a bad habit of neglecting my own work to help the work of others (Example: This newsletter is annual, not monthly). It’s nutty, but promoting my own work, especially something as deeply personal as American Goulash, makes me feel shy.  It is for this reason that I cannot do this without you. Please take a moment to recommend American Goulash (or any of the projects below) to a friend or family member so my work  can speak for itself…and I can keep blushing in the corner.